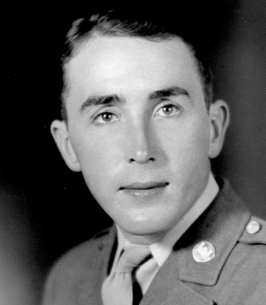 A graduate of Elmwood High School, he entered the University of Nebraska in 1938 in the business college. His college was interrupted by WWII when in 1943 Dwight joined the U.S. Army. He served as an MP at Camp Roberts California and in 1944 he transferred to the Army combat engineers as a platoon sergeant. They built floating Bailey Bridges on the France-Germany border rivers as the Germans retreated. He was in Belgium when the European war ended May 8, 1945. He was honorably discharged in 1946.

In June 1947 Dwight was graduated from the University of Nebraska Lincoln College of Law with a juris doctor degree. Dwight joined the American Exchange Bank and Clements Law firm with his father, Guy Clements, in Elmwood in 1947.

Dwight married Marjory R. Horstman on June 8, 1948, in Lincoln Nebraska. He continued in banking and law practice, retiring in 1985. They resided in Elmwood until moving to Grand Lodge at the Preserve, Lincoln in 2013.

Dwight and Marge enjoyed time with family, traveling, and they spent many winters in Sun City Arizona where he enjoyed golfing. They were married 71 years. He was a 76-year member of American Legion Post 247, Elmwood. He was a former school board member, Lions Club member, and lifetime member of St. Paul United Methodist Church, Elmwood.

Dwight had accepted saving faith in Jesus Christ and he and Marge did daily devotions, praying for family members and friends.